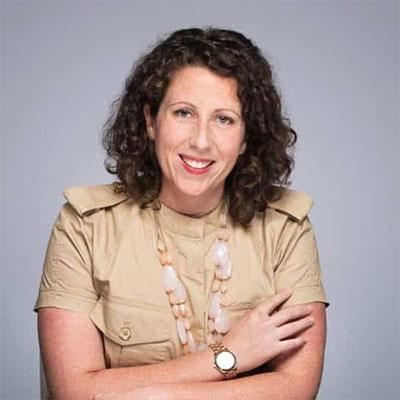 Dr. Hillary Webster is a board-certified Naturopathic Doctor and a self-proclaimed Hormone Advocate. She leads the digital team at EHN... read more

Although created as a pain-relieving medication for cancer patients, fentanyl abuse is common. Because of its heroin-like euphoric effects, fentanyl has high abuse potential. Fentanyl is often mixed with other drugs, which increases the risk of a fentanyl overdose.

With a potency one hundred times greater than morphine, fatal fentanyl overdoses are increasing as opioid overdoses continue to kill Americans. Knowing the symptoms, treatment and prevention of fentanyl overdoses can help individuals identify an overdose in themselves or others. Being able to react quickly is key to saving a person’s life.

Amount of Fentanyl Needed to Overdose

Since fentanyl is so potent, there is a high risk of using the drug and experiencing a lethal overdose. Most people do not overdose on purpose. Accidental fentanyl overdoses can occur for many reasons. Some people may not understand how potent the drug is, while other people may consume a drug spiked with too much fentanyl and overdose.

Because the amount of fentanyl needed to overdose varies from person to person, taking someone else’s fentanyl prescription increases the risk of overdose. Illegal fentanyl production also contributes to fatalities because the drug is unregulated and no one will know how much fentanyl they will consume from illicit batches.

As little as 2 mg of fentanyl is enough for a lethal dose. Most prescriptions for fentanyl are dispensed in micrograms, which is less than a milligram, for the safety of the patient. No one will know just how much fentanyl it takes to overdose.

Nor is there a firm answer to the question, “How long does it take to overdose on fentanyl?” Fentanyl can act quickly on the nervous system. A fentanyl overdose can produce lethal effects right away. If someone begins exhibiting overdose symptoms, do not hesitate to call 911.

Fentanyl patch overdose chances increase if a patient mishandles their prescription. If they miss doses of fentanyl, either out of forgetfulness or because they sold some of their patches, their tolerance can decrease. The decreased tolerance puts them at risk of overdosing on their prescription when they resume it. Patients are also legally responsible if their prescription fentanyl results in harm to another person, so properly managing fentanyl patches is important.

Although symptoms vary, visible signs of fentanyl overdose are similar to those of other opioids, including:

Side effects of a fentanyl overdose can be long-lasting and can cause permanent damage due to lack of oxygen to the brain if breathing stops.

Fentanyl overdose statistics showcase the widespread danger that fentanyl poses to people who use drugs. Synthetic opioids, like fentanyl, are the drugs most commonly involved in overdose deaths. In the United States from 2010 to 2016, deaths from synthetic opioids increased from 3,007 to 19,413. According to a 2019 CDC report, 18,335 opioid overdose deaths in 2016 were related to the use of fentanyl.

Despite the general decline of deaths from other opioids, fentanyl overdose deaths continue to rise. While increasing restrictions on opioid prescriptions are generally curbing opioid use, illegally made fentanyl cut into other drugs is what continues to propel the statistics. The risk of overdose from fentanyl is largely due to people unknowingly consuming fentanyl. A person may regularly consume a drug in the privacy of their home without experiencing any adverse side effects. But if that drug is cut with fentanyl, they may unknowingly ingest the fentanyl and overdose. If no one is around to help them, there is a high chance that the overdose becomes fatal.

Fentanyl overdose treatment needs to be handled by professionals. Drugs are available in the case of overdose. However, fentanyl overdose reversal is not simple. Naloxone is available for use during an overdose, but it is important to note that naloxone is not meant to replace a hospital, as the symptoms of overdose can outlast the therapeutic action of naloxone and additional care may be necessary.

Naloxone, otherwise known as Narcan, is an antidote to fentanyl overdose that can restore breathing temporarily until emergency responders arrive. Naloxone blocks opioid receptors temporarily and stops the action of fentanyl. Kits are often available for people who regularly use drugs and come in spray or intramuscular injectable forms. Side effects of naloxone include:

Naloxone does not cure opiate withdrawal, and naloxone can cause a person to quickly go into a withdrawal state. While the side effects may be uncomfortable, naloxone use can save a person’s life.

If using drugs, keep the following suggestions in mind to help prevent an overdose:

The surest way to avoid an overdose is to stop using drugs altogether. If you’re affected by a substance use disorder, recovery can be difficult to achieve on your own. The Recovery Village Ridgefield has experts ready to help with recovery from substance use of all sorts. Call The Recovery Village Ridgefield today to speak with a representative about how addiction treatment can help you.

How Long Does Fentanyl Stay in Your System?
Fentanyl Overdose
Officials Growing Uneasy About Growing Fentanyl Use
Mixing Fentanyl and Alcohol