As a contributor for Advanced Recovery Systems, Renee Deveney is passionate about helping people struggling with substance use... read more 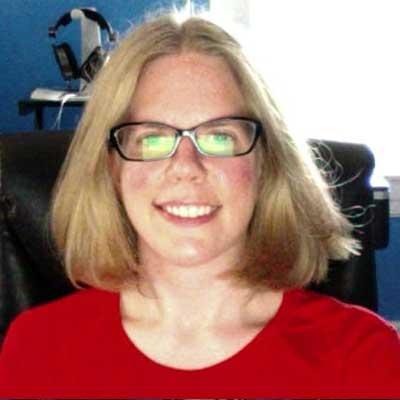 Stephanie Hairston received her Bachelor of Arts degree in Psychology and English from Pomona College and... read more

×
This medical web page has been reviewed and validated by a health professional. The information has been screened and edited by health professionals to contain objective information on diagnosis and treatment of diseases. Contains bibliographic reference sources. If you are a healthcare professional and you find any issue, please reach out to [email protected]rysystems.com
Updated on 01/30/20

Fentanyl is a dangerously potent synthetic opioid that was first developed in the 1960s. Illicit use of fentanyl became a significant public health problem by the early 2000s, a few years after quick-release fentanyl patches and lollipops were first produced.

Unfortunately, despite the extent to which fentanyl has affected people, not everyone knows how to recognize fentanyl symptoms and signs of abuse. Understanding what risk factors lead to fentanyl abuse and how to identify the warning signs of addiction can help people recognize when they have a problem and get the help they need before it’s too late.

Because of its potency, fentanyl is highly addictive and it can be hard to detect symptoms of fentanyl abuse before it has progressed to dependence or addiction. People often don’t start using fentanyl until they’re already addicted to heroin, prescription opioids or other opiates.

Many people who start using fentanyl don’t intend to use it. People who buy heroin don’t know if it contains fentanyl, which has similar effects but is much stronger. Using the same amount of fentanyl as heroin puts people at significant risk of overdose.

Other people many intentionally start using fentanyl because it was prescribed to them or because they heard how strong it is. Some people can get pure fentanyl produced by illegal drug labs, while others obtain diverted fentanyl from medical sources. Some people even extract fentanyl from Duragesic patches.

Sometimes, drug dealers sell pure fentanyl on the street but say it’s something else, like Norco or another prescription opiate. Fentanyl is also cut into various forms of cocaine, making it even harder for people to recognize fentanyl overdose symptoms when they occur. Early detection and use of naloxone can reverse the effects of an overdose and save lives.

For people who have just started using fentanyl and aren’t yet experiencing signs of tolerance or withdrawal, early symptoms of fentanyl abuse can include:

When people start seeking fentanyl instead of other opiates they were previously using, it can be a warning sign of addiction. Substituting one opiate for another can be a way to mask opioid dependence. When people need increasing amounts of opioids to produce the same effects, they sometimes switch to a more potent opioid instead of taking greater amounts of the same one they’ve been taking.

Side Effects of Fentanyl Use

These social effects stem from the ways regular fentanyl use can change behavior and even personality. Fentanyl-related behavioral changes can include:

Many people who start abusing fentanyl or other opiates find that they engage in behavior they previously would not have, including stealing from loved ones to facilitate continued use. Using fentanyl can also change how people think. Cognitive side effects of fentanyl use include:

Most of these side effects reflect fentanyl’s function as a respiratory and central nervous system depressant. The way fentanyl slows physical and mental processes can aggravate underlying medical conditions and mood disorders.

Side Effects of Long-Term Fentanyl Abuse

The long-term side effects of fentanyl abuse can be severe. In addition to an increased risk of overdose, long-term fentanyl use can cause people to develop chronic medical and mental health conditions.

For example, fentanyl alters brain chemistry in a way that can cause a depressed mood. Over time, recurrent episodes of a depressed mood can progress into a major depressive disorder. Fentanyl can also cause people to experience worsening anxiety and panic attacks.

The physical effects of regular fentanyl use can develop into serious medical problems. Long-term appetite suppression can cause people to become malnourished, while consistent interruption of digestion can cause chronic gastrointestinal problems.

Similarly, social and behavioral effects of fentanyl use tend to worsen over time. Negative financial impacts of fentanyl abuse can lead to eviction or bankruptcy and drive people into increasingly risky or illegal behavior.

What makes fentanyl so deadly is the powerful and sometimes sudden respiration effects. It is respiratory arrest, not cardiac arrest, that causes an overdose. As a person’s breathing slows, the signs of fentanyl overdose can include blue lips or skin. Other fentanyl overdose symptoms include:

People who know or suspect that a loved one is using opiates should seek emergency intervention right away if they see that the person is losing consciousness, becoming unresponsive or having difficulty breathing. Prolonged lack of oxygen to the brain can cause brain damage and death. Fortunately, when administered quickly by emergency responders, naloxone can save a person’s life.

If you are concerned about your fentanyl use or are worried that a loved one is at risk, help is available. Recovering from fentanyl use often requires medical detoxification and inpatient or outpatient treatment. If you think you might need treatment, you can contact The Recovery Village Ridgefield to learn more about different treatment options and get help finding the right program. With the right assistance, you can commit to recovery and change your life.