A very high percentage of people that try heroin get hooked. That is why Washington Drug Rehab facilities are full of substance users seeking to break their addiction to this terrible drug. In fact, many heroin addicts started their substance use with prescription pain medication as the gateway drug.

The prescription opioid epidemic has made headlines repeatedly. Many prescription drug abusers end up on heroin, a cheaper and more easily accessible alternative.

This article explores the extremely addictive nature of heroin. Is it really possible to get addicted after using it just one time? Why is heroin so addictive? Where can you get help if you are addicted?

What is Heroin Addiction?

The Substance Abuse and Mental Health Services Administration (SAMHSA) reports that 44 people die every day from overdoses of opioids.

Heroin is an illegal form of opioid, made from the morphine found in the seeds of poppy plants. It is one of the most addictive of all the opioid products on the market today. While it may not be possible to fall into addiction after the first taste of heroin, physical dependence does develop quickly, in part because the withdrawal systems are so terrible, users of the substance seek more heroin to feel better – for awhile.

Heroin is a highly addictive opioid that has no accepted medical use. Heroin use has been increasing for the past 11 years. Using this drug causes all kinds of health risks, including HIV or hepatitis infection for those that inject heroin. 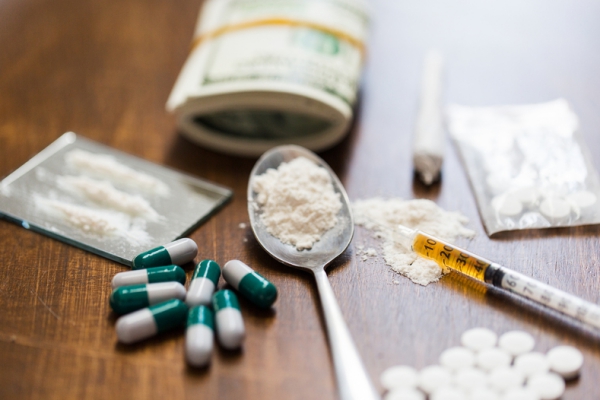 DRUG REHAB OFFERS A WAY OUT OF THE CYCLE OF ABUSE.

Heroin works by creating in the user a psychological and physical compulsion to use the drug. The drug actually works to change brain cells, which almost certainly leads to addiction. Heroin works in the centers of the brain and spinal cord that block pain receptors and produce a pleasurable euphoria.

However, the heroin high quickly wears off, requiring the user to take more and more of the drug to achieve the same effect. Over time, the body acclimates to the drug and that is when addiction occurs. When the heroin user tries to stop, uncomfortable withdrawal systems set in quickly. Taking more heroin allows the substance abuser to tamp down the vomiting, cramping, and other ill effects that come from withdrawal.

It is a vicious cycle with a drug that is incredibly dangerous. Part of the danger inherent in heroin is that each dose could be your last. That is because heroin is cut with other substances when sold to stretch it further and increase the profit for the dealer. So heroin abusers never know how much of the drug they are actually getting.

Heroin use is widespread and increasing in the United States. SAMHSA reports that:

Given the shame associated with this illegal drug use, it is safe to assume that these numbers are probably higher than what was reported.

If you are caught up in the vicious cycle of heroin addiction and you want to break free, help in Washington drug rehab is available. Stop playing Russian roulette with your life. Contact us today to learn more about admissions and take your first step toward freedom.