Ashley Sutphin Watkins received her degree from the University of North Carolina at Chapel Hill in... read more 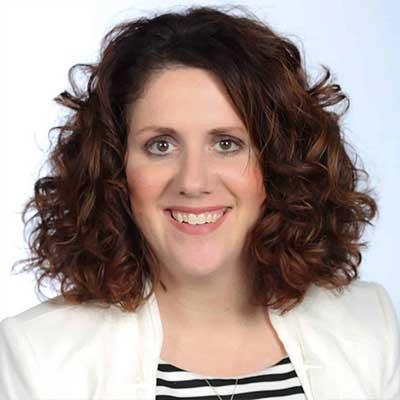 Ritalin is a stimulant medication commonly used for the treatment of Attention Deficit and Hyperactivity Disorder (ADHD), and narcolepsy. It may also be used to improve cognition or mental performance. Ritalin is also known by the generic name methylphenidate. The most common side effects of Ritalin are:

Ritalin can be misused for several reasons:

People who abuse Ritalin are typically under 25 years old, obtained the drug from a friend or classmate and used it as a study aid or to party. Recognizing the symptoms of Ritalin abuse and the side effects associated with the drug is one of the first steps to helping someone who may be misusing Ritalin.

There are frequently physical symptoms of Ritalin abuse. Many of the symptoms are related to the side effects of the drug. Symptoms include:

When the effects of Ritalin wear off, the person may experience a “crash,” the exact opposite effects of what they experience from the drug — extreme tiredness, depression and lack of motivation. People who abuse Ritalin may also appear to be more social, alert or talkative than normal.

Common side effects of Ritalin include:

Some people also experience nausea, vomiting or diarrhea. As the body gets used to the medication, the side effects usually go away or become less noticeable.

Changes in mood or behavior may be a sign of Ritalin abuse. Tolerance to the drug can develop fairly quickly, so people who have cardiovascular or heart-related effects, such as rapid heart rate or high blood pressure, stroke, or heart attack may have overdosed on the drug. These people need immediate medical attention.

The most common side effects of Ritalin are related to the effects on the brain. These include:

As the body gets used to the medication, these side effects tend to go away.

Less common side effects are nausea, vomiting and diarrhea. Taking the medication with food can help minimize these effects.

Other less common side effects can be very serious. These should be discussed with a healthcare provider or may need emergency medical treatment. The less common, but serious side effects include:

These side effects are extremely rare but can happen in a small percentage of people who take Ritalin.

Long-Term Effects of Ritalin Use

Children who take Ritalin for long periods of time may experience slower growth or weight gain compared to other children. People who are taking the medication for a diagnosed medical condition should have their height and weight monitored by their doctor. Long-term ADHD medication risks and side effects for adults may include:

Ritalin drug interactions are not very common. However, there are some medications that should not be taken with Ritalin. Certain medications used to treat depression or Parkinson’s Disease may cause serious harm if taken together. These medications are known as Monoamine Oxidase Inhibitors or MAOIs. When Ritalin and an MAOI are taken together, a patient’s blood pressure may become dangerously high, causing a heart attack, stroke or death.

Ritalin may decrease the effectiveness of medications used to treat high blood pressure. People who need to take Ritalin and a blood pressure-lowering drug should be monitored closely. High doses of blood pressure medication may be required.

Ritalin is closely related to another drug called Adderall. Both of these medications are stimulants and should not be taken together. People who take both Ritalin and Adderall are at risk of a stimulant overdose.

Ritalin and alcohol together can cause dangerous side effects. They should not be taken together. While some people will take Ritalin when they drink alcohol to decrease the feeling of drunkenness, this is a very dangerous practice. This can result in increased use of both substances, which may also increase the risk of a Ritalin overdose.

Taking Ritalin while pregnant is not recommended, however, some people may need to continue taking the medication while pregnant. A conversation with the doctor discussing the risks and benefits should take place before deciding to continue taking Ritalin. The safety of Ritalin during pregnancy is not known as adequate studies in pregnant women have not been completed. It should only be taken during pregnancy under a doctor’s supervision if the benefits outweigh the risks.

Severe symptoms, such as seizures, may cause permanent brain damage or death.

Ritalin overdose effects on the heart include rapid or irregular heartbeat and abnormally high or low blood pressure. This can lead to a heart attack, stroke and even death. Emergency medical treatment is needed if someone is experiencing heart-related symptoms.

There is no specific amount of Ritalin that will result in an overdose. Every person is different and it will depend on how much they have been taking and for how long. Prescription drugs should be taken at the dose prescribed by the doctor and only by the person they were prescribed for.

If you or someone you know is living with an addiction to Ritalin addiction, treatment is available. The Recovery Village Ridgefield can help. Call today to learn about treatment options for addiction and co-occurring disorders in the Pacific Northwest and beyond.

Ritalin Overdose
How Long Does Ritalin Stay in Your System?
Ritalin Tolerance