Abby Doty graduated from Hamline University in 2021 with a Bachelor's in English and Psychology. She has written and edited creative... read more

Dr. Jessica Pyhtila is a Clinical Pharmacy Specialist based in Baltimore, Maryland with practice sites in... read more 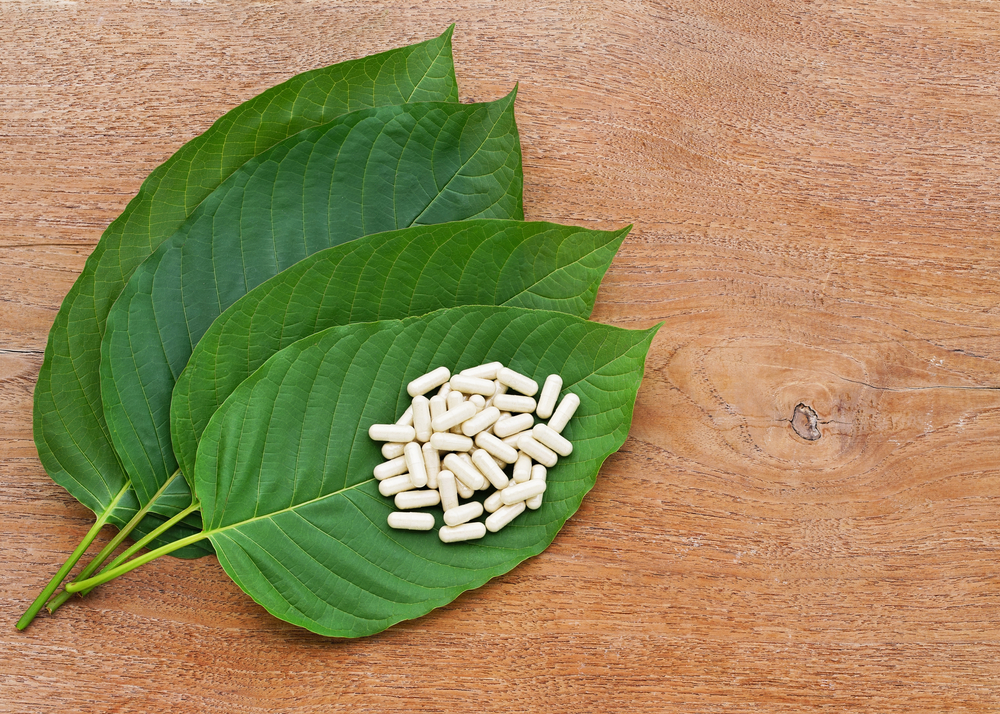 Kratom is a relatively new substance to arrive on the scene in America. It has been used for quite a while in Southeast Asia as a medication for pain and diarrhea, as well as a recreational drug. Kratom comes from a tropical evergreen tree found in countries like Malaysia, Thailand, Indonesia and Papua New Guinea. Used in the form of an herbal supplement, this is a natural botanical substance.

Kratom is a controversial substance in America. Some claim it has positive medicinal value and that it can help people overcome opioid addiction. However, others say it is just as dangerous and addictive as the opioids it helps some avoid. There is a move to ban kratom in the United States.

There is still a great deal of debate about kratom. We do know that for some, kratom can be addictive. Like any other drug addiction, it is recommended that you seek treatment for substance abuse. Substance use disorder is a disease that needs to be treated, just like diabetes or hypothyroidism.

What Is Kratom and What Is it Used For?

Kratom is a botanical product derived from the kratom tree in Southeast Asia. It is a psychoactive medication that can produce stimulant effects at low doses and sedative effects at high doses. The product is available in red-vein, white-vein and green-vein strains.

People take kratom to treat a variety of conditions, including pain and anxiety, and to prevent opioid withdrawal. The drug can also lead to physical dependence and kratom addiction.

Street names for kratom include:

When fresh, kratom leaves are green, large and flat. They can be ingested in a couple of different ways. Generally, they are chewed or dried and then brewed into a tea.

Kratom powder is green and must be measured out before using the substance. Some people use a kitchen scale for this purpose.

Kratom pills are usually gel capsules that contain crushed kratom leaves. The capsules are often green or gray in color. Whether or not the capsules can be opened may vary depending on the manufacturer.

Kratom extracts can come in several forms. These include a paste-like extract, a resin and liquid tinctures.

Kratom doses are not standardized and have not been extensively studied. However, some users claim that certain kratom doses help achieve desired effects and recommend the following:

The Effects of Kratom on the Body

Kratom’s effects start within about ten minutes of taking the drug. When kratom is taken in large amounts, it will act as a sedative due to the drug’s components, mitragynine and 7-α-hydroxymitragynine. However, when it is taken in small amounts, it acts as a stimulant due to the actions of only mitragynine. Kratom also works on the brain’s opioid receptors, producing effects of sedation and pleasure in addition to pain relief.

Although kratom does act on the brain the way an opioid does, it doesn’t lead to many of the dangerous side effects that drugs like morphine and heroin have, including slowed respiratory function. However, there are still adverse health effects associated with kratom use. At high doses, kratom has sedating effects, like being relaxed or feeling sleepy.

At low doses, kratom can cause stimulant side effects like:

Other side effects linked to kratom include:

While kratom itself can cause fatal overdoses, deaths linked to kratom generally involve mixing the drug with other substances like antihistamines, benzodiazepines, opioids, alcohol, illicit drugs and gabapentin.

Kratom can be addictive. This is because of the drug’s two main psychoactive ingredients, mitragynine and 7-hydroxymitragynine. Although kratom is not a scheduled drug under the Controlled Substances Act, it is listed as a Drug and Chemical of Concern. Further, the FDA has warned consumers to avoid kratom due to safety concerns.

If you’ve never really heard about kratom, how would you know if someone you love is taking kratom? You may also wonder what the signs of kratom abuse are. Some of the effects of kratom when it is taken at small doses include:

When kratom is taken in larger doses, the user may experience symptoms similar to other depressants. They may feel drowsy or extremely relaxed. Some users can also feel that they are in a dream-like state as if they had taken a psychoactive substance.

Little is known about the kratom detox process, especially when kratom is combined with other substances. For this reason, it is important to seek medical advice before quitting kratom, especially if you take multiple substances or have underlying health issues. Some withdrawal effects of kratom, like mood swings and aggression, may be more dangerous if you have an underlying mental health disorder.

If you detox under medical supervision, kratom withdrawal symptoms can be more easily treated. With around-the-clock care at an inpatient detox facility, you can be monitored and withdrawal symptoms treated as they arise. Treatments include antidepressants and anxiety medications.

Although kratom is currently legal in the United States, it is still a dangerous substance that can lead to addiction. If you are suffering from an addiction to the substance, it’s important that you seek out kratom treatment.

The Recovery Village Ridgefield offers medical detox, inpatient, outpatient and aftercare treatment programs for drug addiction, including kratom. Located just 30 minutes from Portland, Oregon and just two and a half hours from Seattle, Washington, The Recovery Village Ridgefield offers evidence-based care from licensed professionals. If you are suffering from substance use disorder, you don’t have to suffer anymore. Reach out to us today; we can help.