The opioid crisis in Washington State has exceeded the devastation caused by illegal drugs. Who would have predicted, less than a decade ago, that legally prescribed drugs like oxycodone and Percocet would exceed street drugs like cocaine and heroin?

To understand the explosive growth of addiction to legal drugs, see the chart below showing the increase in opioid overdoses in Washington State. The rate of addiction, overdose, and death continue to rival national averages, to the detriment of families, individuals, businesses, and communities. 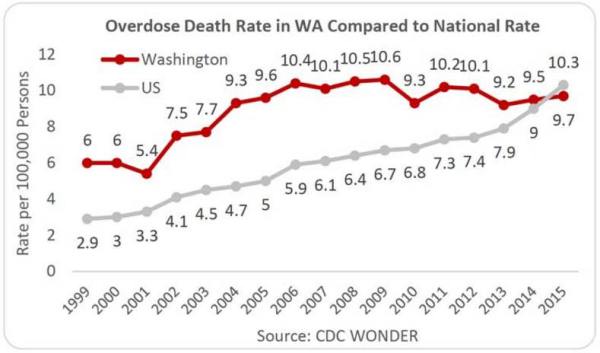 Prescription drug abuse in Washington State is pervasive; the statistics show that the death rate from overdose hovers around 10 per 100,000 people in the state. To understand the reality residents face in the Washington State drug rehab community, look at the numbers: 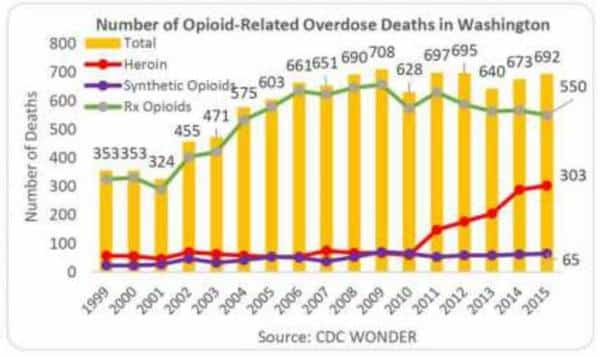 While chronic pain is a terrible problem among residents in the state, the opioid epidemic has escalated to the point that the Governor signed an Executive Order declaring a state emergency. The benefit is that additional resources can be released to Washington State drug rehab facilities to fight the crisis.

The state government has joined forces with the Washington State drug rehab community to fight the problem. Last year the rehab community and government worked together to develop a plan to combat the crisis. This process culminated in the Governor’s Executive order, an event widely commended as both necessary and life-saving.

But none of these efforts take the place of an individual’s decision to fight back against the disease of addiction on a personal level. Prescription drugs are wrecking the lives of families all over the state. But Washington State drug rehab gives people a chance to work with trained professionals to mitigate the physical and psychological effects of these disorders.