While people often talk about the epidemic of opioid abuse in the U.S., there is another type of problem that has also reached epidemic proportions. You have heard about it on the news and may even be struggling with it yourself. There is also an obesity epidemic in the country. The New York Times recently published findings that showed, despite widespread media coverage, severe obesity in adults continues to increase.

A growing number of these adults are seeking gastric bypass surgery, a surgical process designed to reduce the intake of food and calories consumed.

Here is a startling fact that you would probably never consider: bariatric weight loss surgery may, literally, drive you to drink.

This article explores the results of several studies that indicate a correlation between certain types of bariatric surgery and the development of alcoholism among patients later on. Why does this link exist? What should bariatric patients know about alcohol use before and after surgery?

The Washington State alcohol rehab community has been talking about the studies for a few years now. In 2012, a study in the Journal of the American Medical Association (JAMA) studied nearly 2,500 bariatric surgery patients before and after their procedures to determine the prevalence of alcohol use disorder (AUD). What researchers found was that the abuse of alcohol spiked in the second year after the surgery was complete, jumping from 7.6 percent prior to surgery to 9.6 percent two years after surgery.

The study, which ran for five years, was one of the largest but not the longest to date. The longest-running study was published in 2013 and ran for a decade. In it, researchers confirmed the 2012 study, stating, “Alcohol consumption, alcohol problems, and alcohol abuse are increased after gastric bypass.” 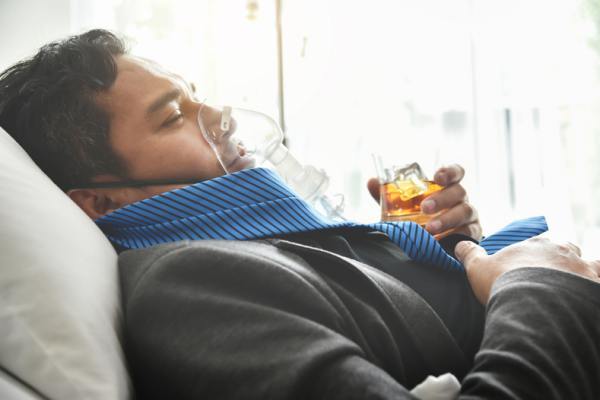 Since alcoholism, like other addictions, has a physical, behavioral, and emotional component, it is likely the complex emotions tied to obesity may also be linked to AUD after surgery. ScienceLine reported that, while theories exist, the correlation between bariatric surgery and the likelihood of needing a stint in Washington State alcohol rehab is not completely understood. One theory suggests that the addictive nature of food consumption was simply being replaced with alcohol. Eating food signals the release of the hormone dopamine, the “feel good” chemical in the brain. Addiction transfer means that consumption of alcohol is triggering the same physical response.

“More recent evidence suggests there may be an anatomical explanation: specific metabolic and hormonal changes triggered by gastric bypass that leave patients especially vulnerable to alcoholism but not other addictions.”

No matter the cause, gastric bypass surgery, which has grown more common in the general population, exposes the patient to the risk of alcohol use disorder. However, it is safe to assume it is not a side effect typically discussed prior to surgery, or if it is, it is not highlighted as a major problem. Given that 80 percent of the more than 200,000 yearly bariatric surgeries are gastric bypass procedures, the risk of AUD is worth a serious discussion.

If you or any of your loved ones have developed an alcohol use disorder following gastric bypass surgery, you do not have to suffer any longer. Contact us today to access the help you need to live an alcohol-free life.