The Legality of Kratom

Theresa Valenzky graduated from the University of Akron with a Bachelor of Arts in News/Mass Media Communication and a certificate in... read more 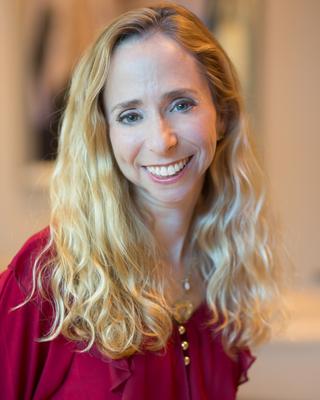 Sara Graff is a Licensed Clinical Social Worker (LCSW) in Florida. She earned both her Bachelor of Arts degree in Psychology and her... read more

Kratom is an herbal substance that produces effects similar to opioids and stimulants in a dose-dependent way. Products with kratom are accessible and legal in many parts of the country. However, agencies in the U.S. and worldwide continue to monitor emerging research and evidence to inform kratom policies. Regardless of legal status, kratom has risks and side effects associated with its use.

History of Kratom in the U.S.

Kratom is an herbal extract made from the leaves of an evergreen tree. The properties are similar to sedatives at high doses, but kratom can also act as a stimulant at low doses. It’s been long used in Southeast Asia as a stimulant and pain reliever. In the U.S., kratom was initially introduced in the late 1990s, with limited use for years. In recent years, kratom use has become much more widespread, which may be due to the opioid epidemic. Some people use kratom to reduce opioid dependence and addiction or as an alternative chronic pain reliever.

Is kratom legal in the U.S.? In 2016, the Drug Enforcement Administration discussed whether or not to classify kratom as a Schedule I drug. The DEA defines a Schedule I drug as one with no currently accepted medical uses and high abuse potential. One year after the DEA’s announcement discussing making kratom illegal, the Department of Health and Human Services (HHS) sent a letter supporting the proposed ban, leading to an outcry from the public. More than 130,000 Americans signed a petition opposing the ban. Fifty-one members of Congress wrote a letter to the DEA asking it to address the list to the public. In response, HHS rescinded its recommendation, but the FDA doubled down on its efforts to warn the public about kratom’s risks. While kratom isn’t currently illegal federally, the FDA still recommends against its use. Several states have banned or regulated kratom, but it remains unregulated in most.

Is Kratom Legal in Washington?

Despite the DEA naming kratom as a drug of concern, it’s not a controlled substance and is legal in Washington. States where it is illegal to buy, possess or sell kratom include Alabama, Arkansas, Indiana, Rhode Island, Vermont and Wisconsin.

Is Kratom a Controlled Substance in Washington?

The Kratom Consumer Protection Act (KCPA) is a proposal being pushed at the state level across the country. Vendors would be required to follow certain manufacturing practices and safety guidelines. The KCPA can help maintain access to kratom while making it safer for people to use because of a standardized set of guidelines. KCPA is something people in the kratom industry favor, and they expect it could fill the gaps where the FDA isn’t providing regulatory guidance and oversight for kratom. The Kratom Consumer Protection Act could:

States are working on passing their variations of the Kratom Consumer Protection Act. If these types of legislation pass, each state will have its own regulations. The idea of controlling the kratom industry is like the regulation of marijuana. While recreational marijuana is legal in many states, including Washington, that doesn’t mean it’s a free-for-all to use, which proponents of the KCPA hope to achieve with similar kratom legislation.

A version of the law has been established in the Washington legislature, under which kratom products couldn’t be sold to people under 21. The proposed bill would prevent the sale of adulterated kratom products and limit the percentage of hydroxy mitragynine alkaloids that products could contain. Labels would need to include a recommended serving size and instructions for safe and effective consumer use.

FDA Warnings About Kratom Use

The FDA has a warning letter about kratom. The FDA is concerned that since kratom affects the same brain receptors as opioids, it could lead to abuse, addiction and dependence. They advise against using any products with kratom or the psychoactive compounds it contains, which are mitragynine and 7-hydroxy mitragynine. The FDA also warns that if someone is using kratom to deal with an opioid use disorder, it could delay their seeking FDA-approved therapies. They could rely on unsubstantiated claims and not get treatment for their opioid use disorder, putting them at higher risk of overdose and death. There are no uses for kratom approved by the FDA, and warnings that these compounds could contain contaminants such as harmful bacteria and heavy metals.

Get Help for Kratom Addiction in Washington

To explore available treatment options for kratom addiction or other substance use disorders, we encourage you to contact our team at The Recovery Village Ridgefield. Our well-appointed facility is conveniently accessible from the Portland, Oregon metro, but feels tranquil, surrounded by the beauty of the Pacific Northwest. Our treatment options include inpatient and outpatient treatment and aftercare programs. Reach out if you have questions about treatment, want to verify insurance or are ready to take the next step.