Teen Vaping and Hookah Use Likely to Lead to Marijuana Use

For parents concerned about the prevalence of vaping, or the consumption of e-cigarettes by children, their concerns were just validated by the University of Pennsylvania and the University of Southern California.

The recently released study indicates that teens who vape or use hookah are more likely to use marijuana later in life. How prevalent is vaping among Washington State teens? What options are there for those who slip into substance use disorder in college or later in life?

Teen Vaping and Long-Term Substance Use

Teen vaping is becoming a real issue in the U.S. The National Institute on Drug Abuse says that today, teenagers are more likely to abuse e-cigarettes than tobacco products. CBS News reports that 36 percent of U.S. 12th graders reported trying some form of e-cigarettes in 2017.

In August, a new article from the journal  Pediatrics suggested that teens using e-cigarettes and hookah were four times more likely to smoke pot later on. Researchers from two major universities studied 2,668 students across 10 public high schools in L.A. 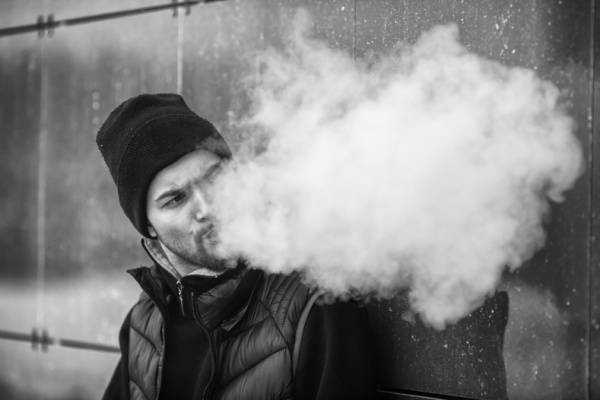 A NEW STUDY JUST LINKED VAPING IN TEENS TO LATER USE OF MARIJUANA.

The study showed that the students who tried e-cigarettes as freshmen were three times as likely to use marijuana than students that had never tried an e-cigarette. Researchers pointed out that e-cigarette use is rising as traditional tobacco use is declining. Not only is the correlation between marijuana consumption troubling, but studies are also showing that e-cigarettes have a detrimental effect on human health.

CBS News recently reported on a study by the Bloomberg School of Public Health at Johns Hopkins University that found e-cigarettes and teen vaping can release toxic metals into the lungs of the person consuming the product. In the study, researchers found unsafe amounts of chromium, lead, manganese, and nickel, all toxic heavy metals that cause adverse health effects. Another study cited in the same article suggested that the nicotine from e-cigarettes cause cancer in mice and may contribute to bladder and lung cancer as well as heart problems in humans.

No matter the addiction, and the age of those affected, there are addiction treatment resources in Washington State standing by to help. To learn more about admissions, contact us today.